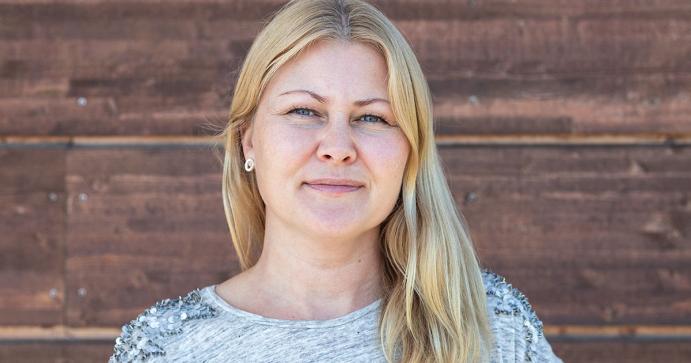 Silje Langhelle is doing her fifth year at Easy-Laser after being head-hunted via a tip from God knows who. The Empowering Women in Industry nomination, in the category Saleswoman of the year, however, is no secret.

Approximately 100% of the meetings Silje Langhelle travels to lack female representation—until she shows up. She is used to the others being surprised she’s a woman, since she works in a very male industry. And if it’s the first time they meet her, they have perhaps just expected that this Silje person is a man, because who knows what people are called in Scandinavia?

Is this a professional challenge?
– Well, no! I have learnt that the surprise factor will often be there, and I must say it’s more of a pro than a con. Being who I am makes me stand out, and that can certainly be an advantage, professionally. It tends to make an impression.

Silje Langhelle is of Norwegian descent and has a background in the shipping industry. She has lived in Sweden since 2006. At Easy-Laser, she is Area Sales Manager with budget responsibility for Latin America as well as a number of European countries.

Are there any differences in the way people address you when you arrive at your destinations?
– Compared to Sweden and the other Scandinavian countries, I will have to say yes. There will sometimes be prejudice, like am I really competent, do I know my line of work and so on. But again, I never enter into a situation thinking I am anything but competent and capable. That’s just not part of my personality. But I would like to add a little nuance. It’s true we are more gender equal in Sweden than in many other countries, but a lot of Swedish companies are still conservative. This is not true for Easy-Laser, which is a non-conservative company, but nevertheless we have problems recruiting women for some positions, like R&D. 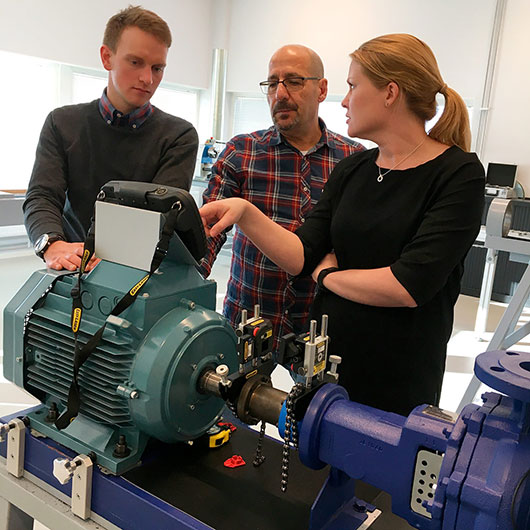 How should we go about resolving these issues?
– One thing is certain, it’s not something we can do overnight. But we have come quite a bit on our way. These days women in general are more well-educated than men, and that’s a global fact. Little by little, this is affecting people’s mindset, even though the lag factor is significant. In the long-term it will lead to better things, genderwise. As for right now, we should look at good things happening in other places than the relatively equal Scandinavian countries. For example, we are not anyway near the Americans when it comes to networking. Empowering women in industry is a great example. We need more of that here.

In the nomination, you were referred to as “fearless going after new challenges”. Is that a telling reflection of you?
– It is! It sounds a lot like me. Of course, it’s easier to be fearless when you’re confident about what you’re selling. We have had a fantastic journey with our state-of-the art Generation XT, and we have the sales numbers as well as the awards to back it. It feels good to think that my fearless approach has been contributing to our success. 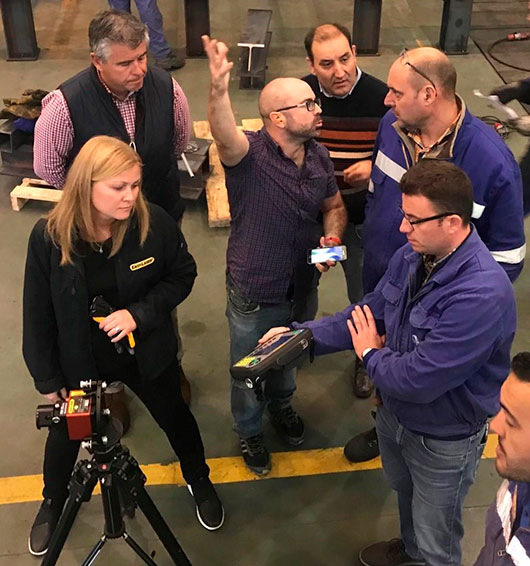 So, what else is on your mind in this field?
– I wish I had more female colleagues! We are way too few women working in this industry today. It’s proven that companies with a high level of gender equality are more profitable and efficient than conservative ones. If all other arguments fail, these should be enough to evoke change.

Easy-Laser as a profitable and efficient company can only concur.