Easy-Laser were called out to a measurement and alignment job in northern Sweden a couple of months ago. I would like to share my experience using our dual detector, point laser, E710 alignment system.

It is my hope that this application example will inspire you to think in new ways when it comes to alignment. What you perceive as difficult and complicated may in fact, using the right tool, be very easy to do!
A large, well renowned, construction company had won a contract to build a gate for water level control in a hydro power plant project. The dam was placed upstream from a hydro power station. The two gates (or valves) were approximately 8.5m x 5 m. Each valve was specified to allow a leakage of 0.2 liters/minute in closed position. This off course meant a very tight seal, and a requirement of high precision alignment on the hinges. 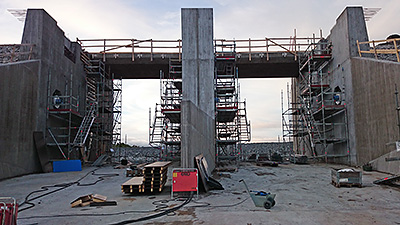 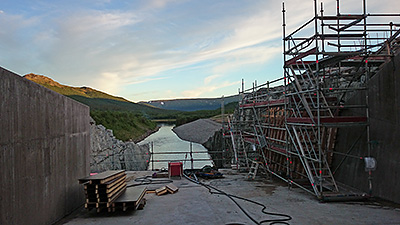 Upon arrival we found two shaft ends pointing at each other. To allow for a good seal these two ends had to be aligned with high precision as the sealing surface is within 10 mm on the sides and 20 mm on the bottom of the gate. To solve this alignment, we had to think of the alignment of these shaft ends as an uncoupled, horizontal shaft alignment. 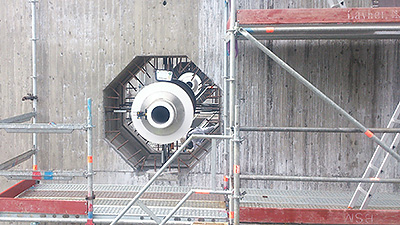 We started off with a rough alignment. Using the dual lasers coning technique, finding rotational center, we saved a lot of time. 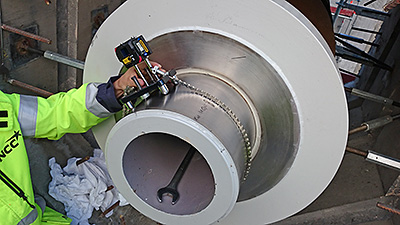 A sliding bracket was used as the shaft end were non rotatable.

In order to pick which shaft end to designate as the stationary one we used the E290, digital precision level, to check which one was closest to level. 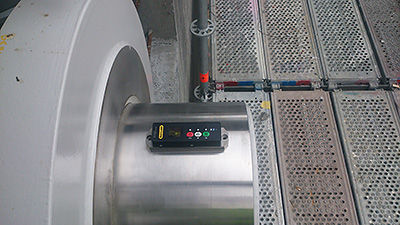 The E290 will connect to either the E710 display box, or a convenient iOS app to display level reading.

The shaft ends were checked for parallelism against the sealing surface using the measuring units in the E710 and checking straightness over six meters. 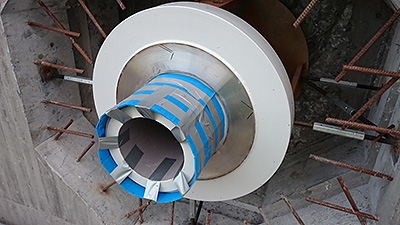 The square marks on the shaft surface are used to pinpoint the position of the mag blocks used for the straightness measurement.

Once the shafts had been measured and adjusted the construction crew poured concrete around the shafts to lock them into position. After allowing everything to set for two weeks the gates were mounted without a hinge (pun intended).
A special point of pride for us here at Easy-Laser is that all these measurements were done with an E710 standard shaft alignment system combined with the E290 digital precision level.
Keep in mind that the E290 comes in handy in all on site installation work. With it you can make sure the foundation is flat to within 0.1 mm/m as specified by most manufacturers.
At Easy-Laser we have made it our mission to help the industry achieve optimal running conditions for their machines.
Straightforward by all measures!