This year the world’s largest industrial fair, HANNOVER MESSE, presented both visions of the future and retrospects on its 70 year history.

Of the show's 225,000 attendees, more than 75,000 came from abroad. "This is an unprecedented figure in the 70-year history of HANNOVER MESSE," commented Dr. Jochen Köckler, member of the managing board, adding: "This impressively proves that decision-makers from around the world rely on HANNOVER MESSE as their definitive source of Industrie 4.0 orientation and solutions." The largest number of foreign visitors came from China (9,000), followed by the Netherlands (6,200), India (5,300) and Poland, whose 5,000 visitors set a new Partner Country record. 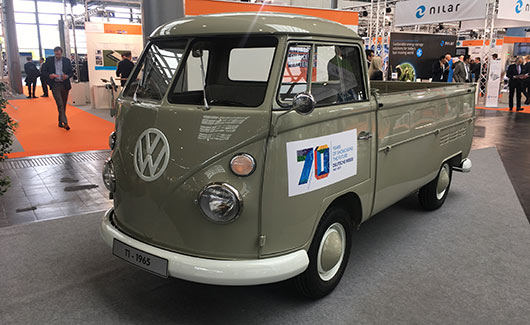 Old VW pick-ups and buses circled the exhibition area, and were also shown in the halls. This was one way of celebrating the 70 year history of the event. Aren’t they beautiful!

Meet your new co-worker, the cobot

The so-called "cobots", i.e. collaborative robots, were in focus. They are about to fundamentally transform the way we work in factories. Their artificial intelligence allows them to communicate directly with humans, as they learn autonomously and swap instructions with other cobots. It will be interesting to follow this development in the coming years.

Another focus this year, as also last year, was “Industry 4.0”, the concept where all systems in a factory are connected. Some of it is visions of the future, some solutions are already up and running. Adidas, for example, is putting up a factory which will hypothetically allow you to design your shoes online – they will then be manufactured to your specifications by robots.

This is probably not Bruce Springsteen’s future co-worker, but who knows!?

Energy systems of the future

Exhibitors in the energy halls showed the energy systems of the near future, for example serial production-ready electrolysis stacks, making hydrogen solutions a viable alternative even today. In the solar technology area, several companies showed ultra-thin, flexible solar foils that generate electricity even in low-light conditions, which of course opens up new options for the practical application of the technology. 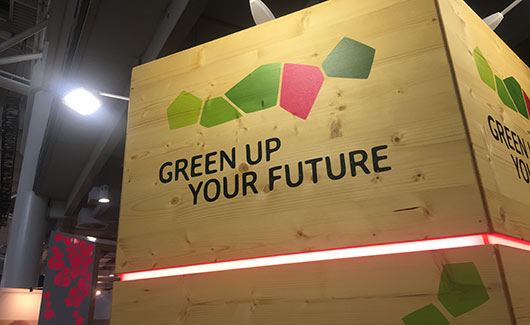 A lot of start-ups exhibited their view on renewable energy. New technologies for generating electricity is one way to solve what seems to be an ever-growing demand of power for our appliances, and cars, in the future. The other way to meet this is to lower the power consumption of machines. Proper alignment of rotating machinery for instance, can save a huge amount of electricity (and lower your bills!) for a plant or industry. As an example, read this case on savings on belt drives. 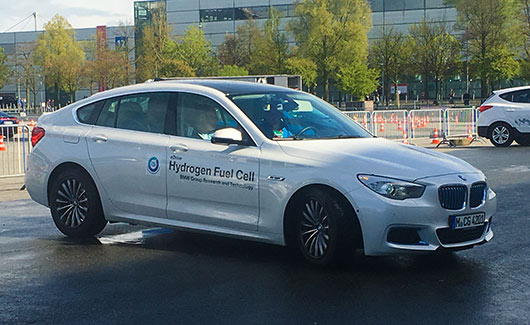 What will be the future of mobility? Is hydrogen one of the answers, or will pure electric vehicles be most popular?

Generation XT – the future of alignment

For Easy-Laser this year’s Hannover Messe was proof that our Generation XT range is the future of alignment. In fact the Easy-Laser® XT440 Shaft alignment system is already here. Many of our visitors liked the idea of being able to run the Easy-Laser® alignment app on their own iOS or Android device, while others opted for the award-winning, rugged XT11 display unit – we believe in the freedom of choice!

Finally, we would like to say thanks to all visitors to our stand at this year’s exhibition. Welcome back next year! If you want to, bring your cobot…